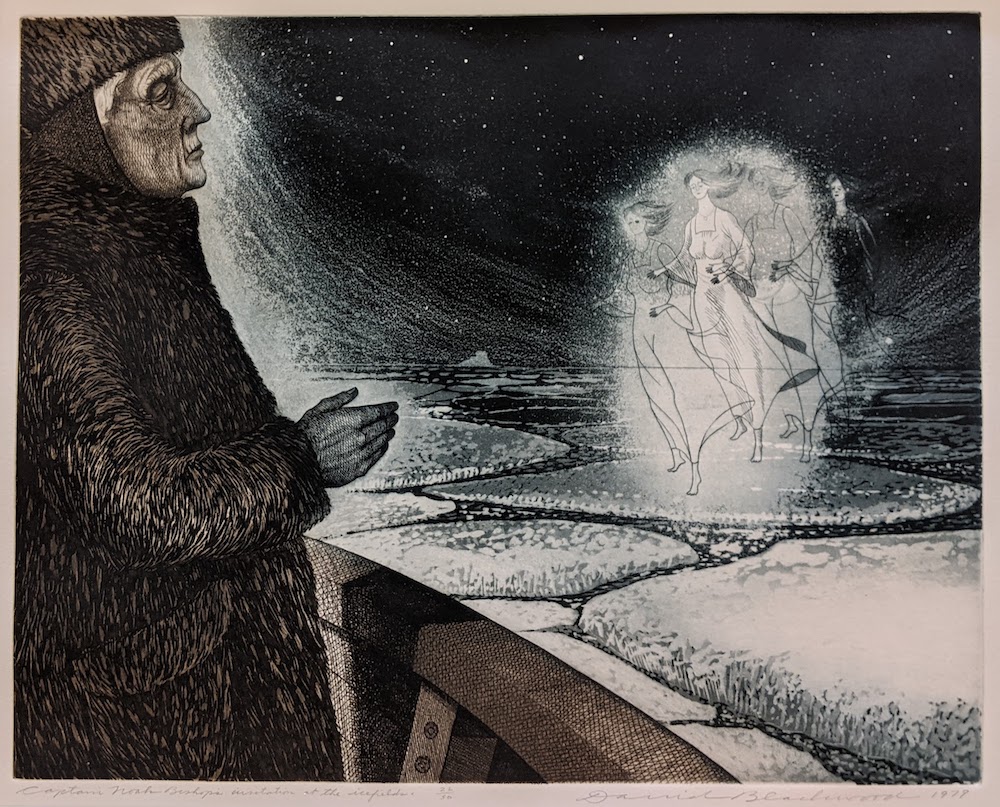 David Blackwood was born in 1941 in Wesleyville, Newfoundland, into a family with a long seafaring tradition. David began drawing and painting as a boy, but it was not until the 1960s, as a student at the Ontario College of Art, that he began to demonstrate his skill with the etching process.
Blackwood’s art is rooted in the oral narrative tradition and strong social values of his birthplace. Whether depicting the harsh grief of a death on the ice, the exhilaration caused by a ship’s safe return, or a woman’s quiet vigil at a window, his etchings are filled with story, drama, and the deepest of connections to a place and a people. Today, he is recognized internationally as a master printmaker and has received many national and international awards, including the Order of Canada. His etchings, paintings, and monotypes appear in numerous private and public collections, including those of the National Gallery of Canada, the National Gallery of Australia, The Montreal Museum of Fine Arts, the Art Gallery of Ontario, the Uffizi in Florence.