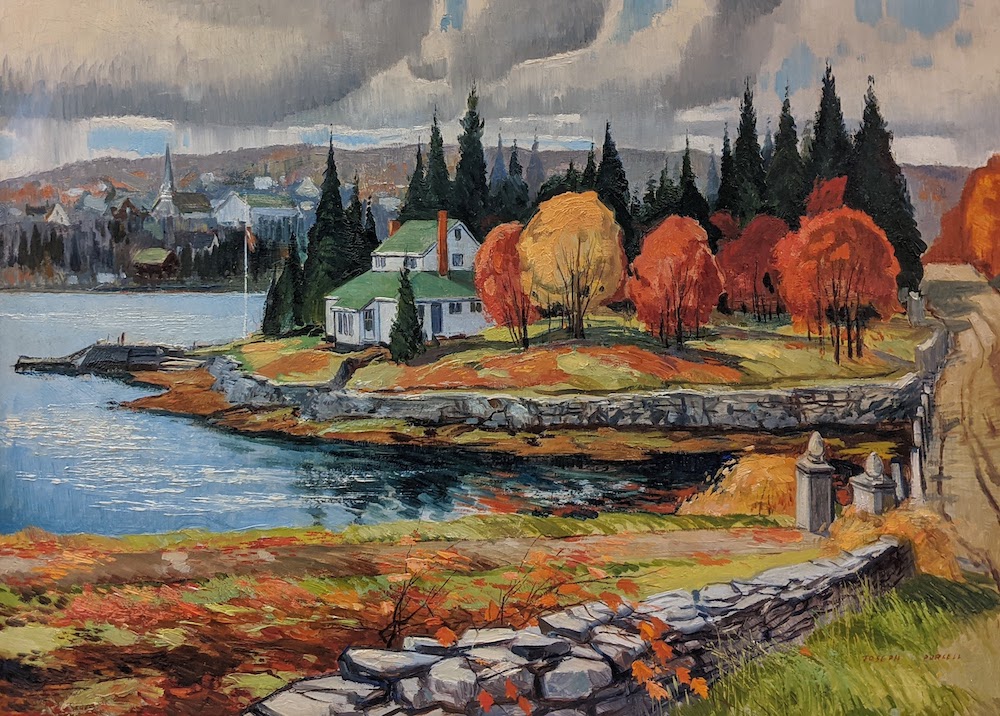 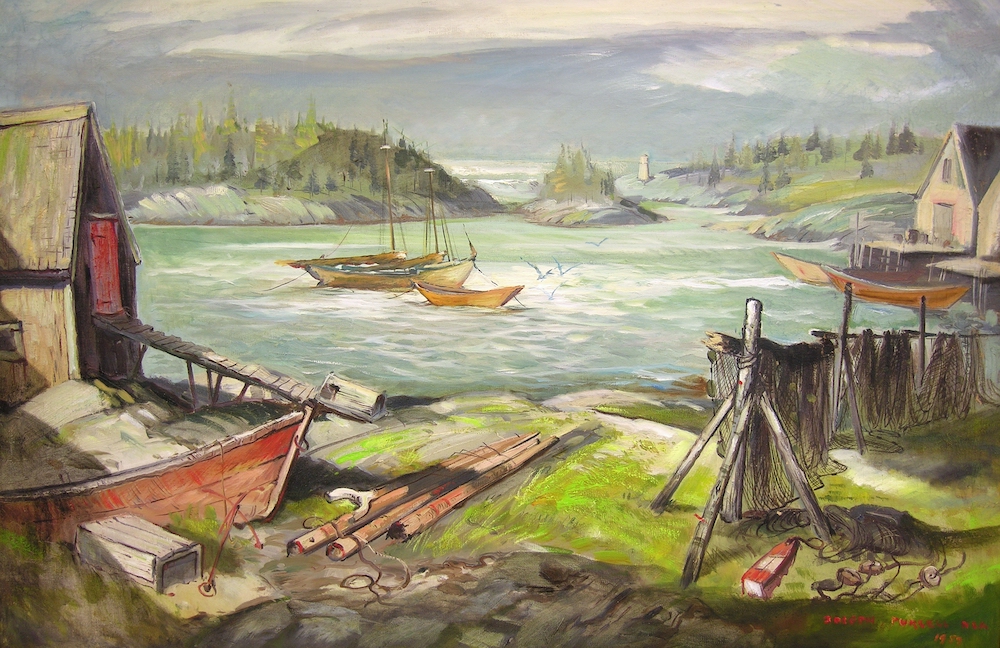 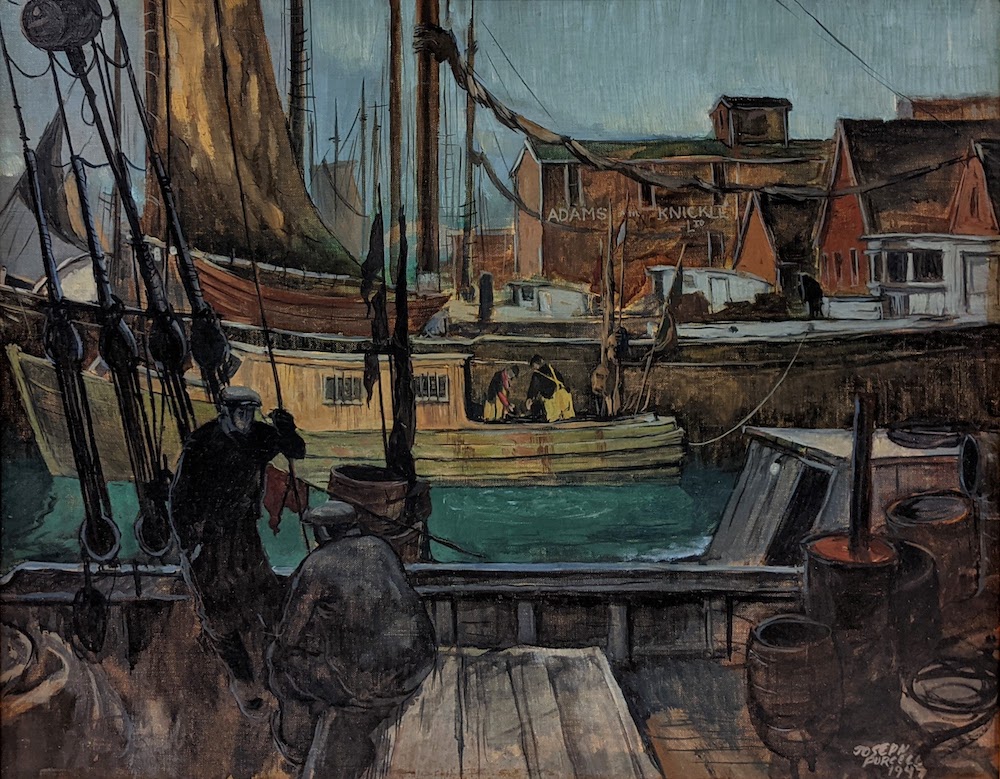 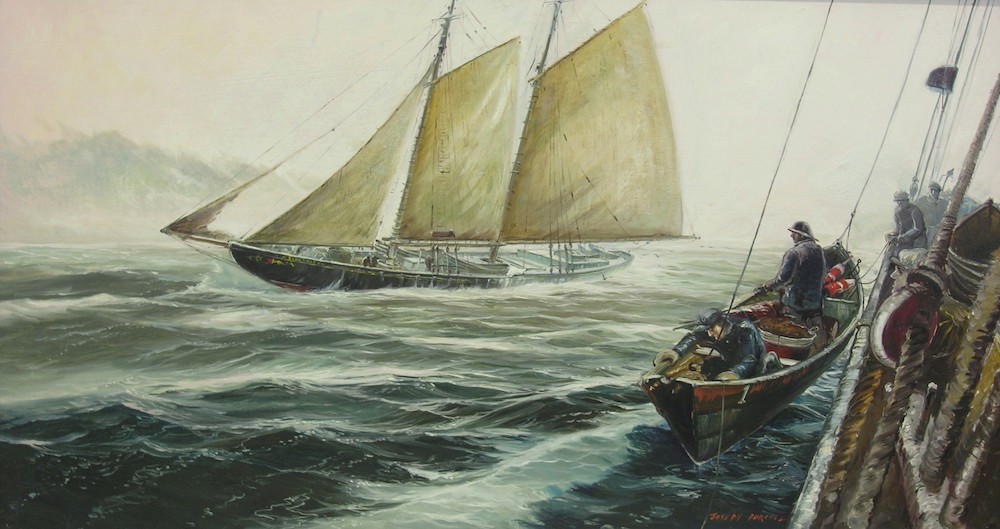 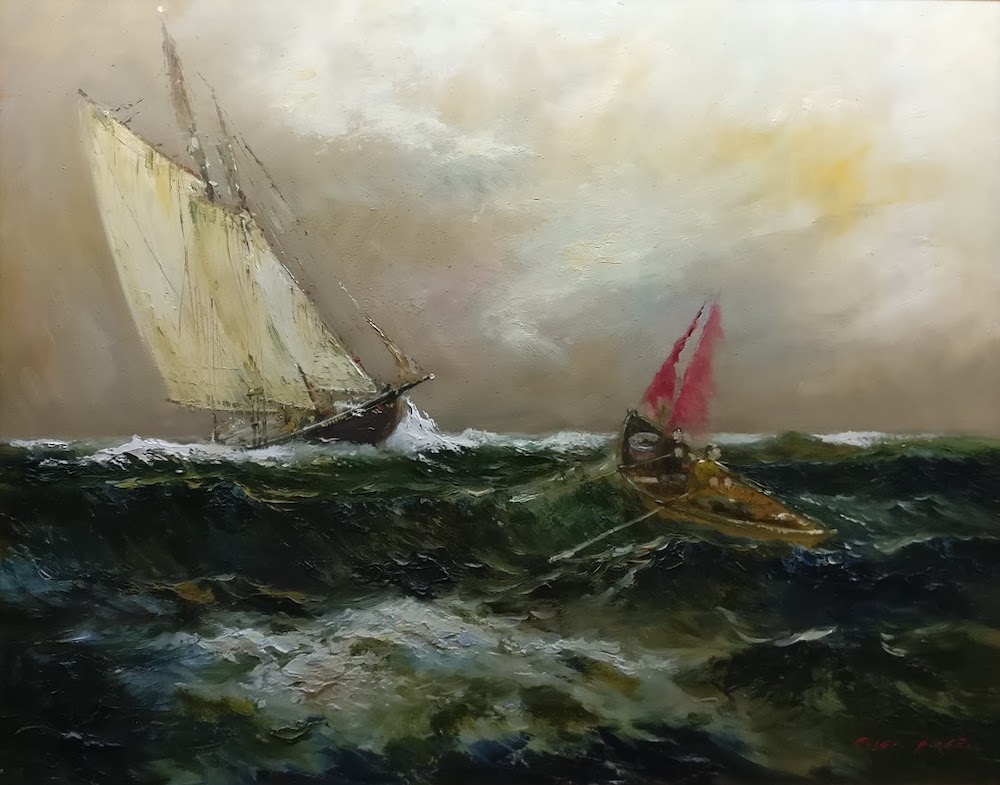 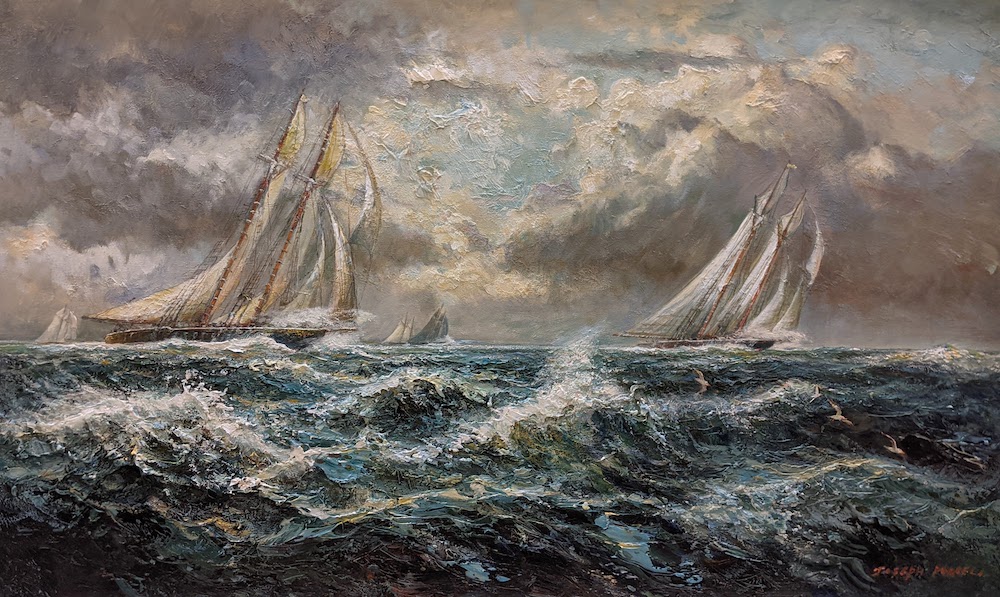 Born and lived in Halifax, N.S., Joseph Purcell studied at the Nova Scotia College of Art where he studied for three years on scholarships. After he left the college he began a series of paintings interpreting Nova Scotia towns, and the activity of the East Coast and Atlantic fishing industry. By 1947 he had established himself as a professional painter.
In 1953, he moved with his artist wife to Lunenburg, where he found the subject-matter that was to be the basis for his paintings for the rest of his career. Joseph worked in both watercolour and oil, and became one of the most popular artists working in Atlantic Canada.

The COLUMBIA Leading the BLUENOSE