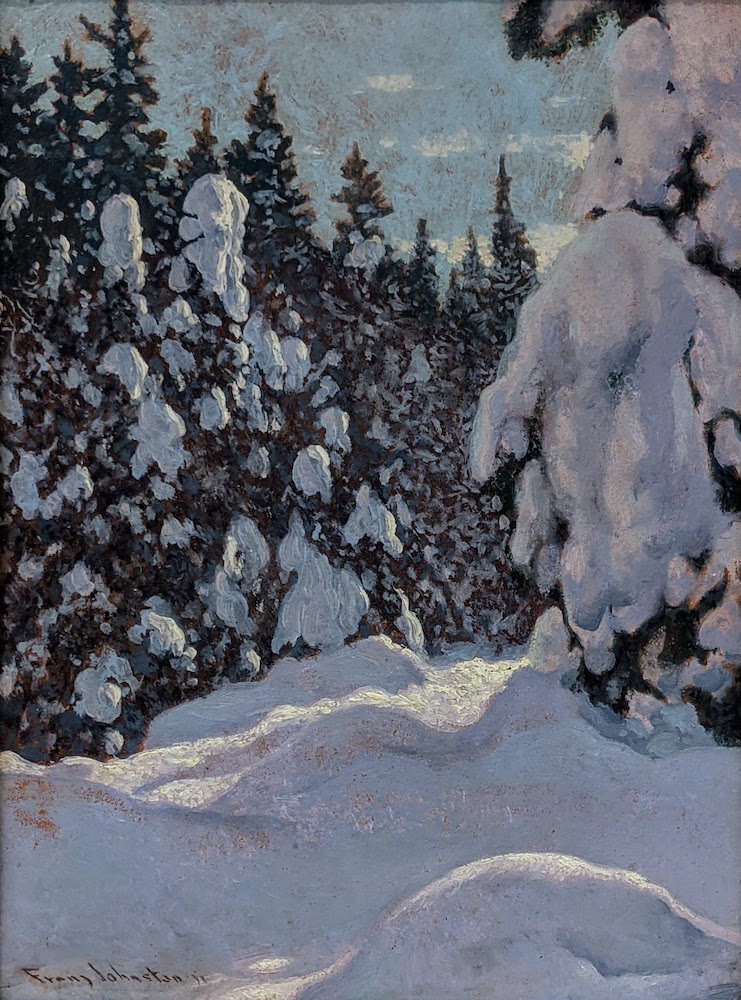 Francis (Franz) Hans Johnston was born in Toronto. He studied at the Central Technical School and the Ontario College of Art under William Cruikshank, Gustav Hahn, and G. A. Reid, while working as a commercial artist with Brigdens. In 1911 he worked at the commercial art firm Grip Limited in Toronto, where he met future Group of Seven members J.E.H. MacDonald, Arthur Lismer, and Franklin Carmichael. The following year, he went to the Pennsylvania Academy of Fine Art to study with Daniel Garber and Philip Hale and then to the Art Student’s League in New York to study under Robert Henri, returning to Toronto in 1915.
Johnston was an official War Artist in 1917, and a founding member of the Group of Seven in 1920. He parted company with the other members of the group over differences in artistic goals in 1924. Johnston worked in a variety of media including oil, watercolour, tempera, and pastel. He exhibited widely and his work is in most major collections in Canada, including the Art Gallery of Ontario and the National Gallery of Canada.