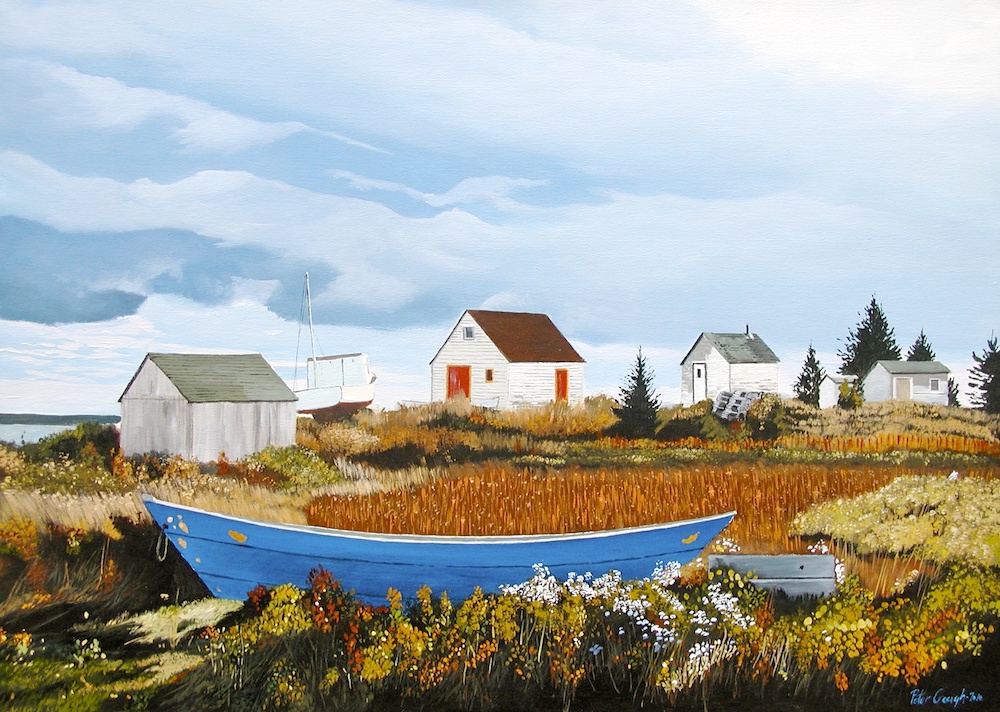 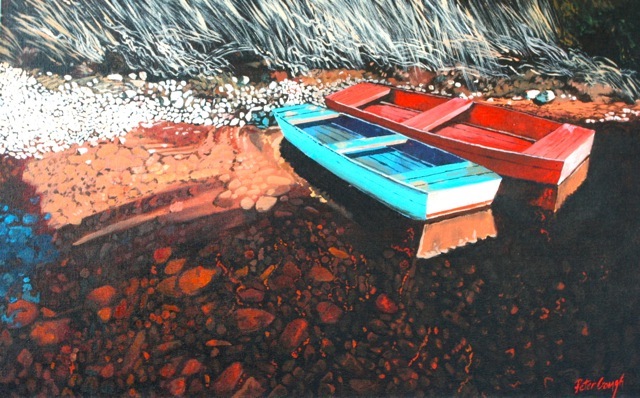 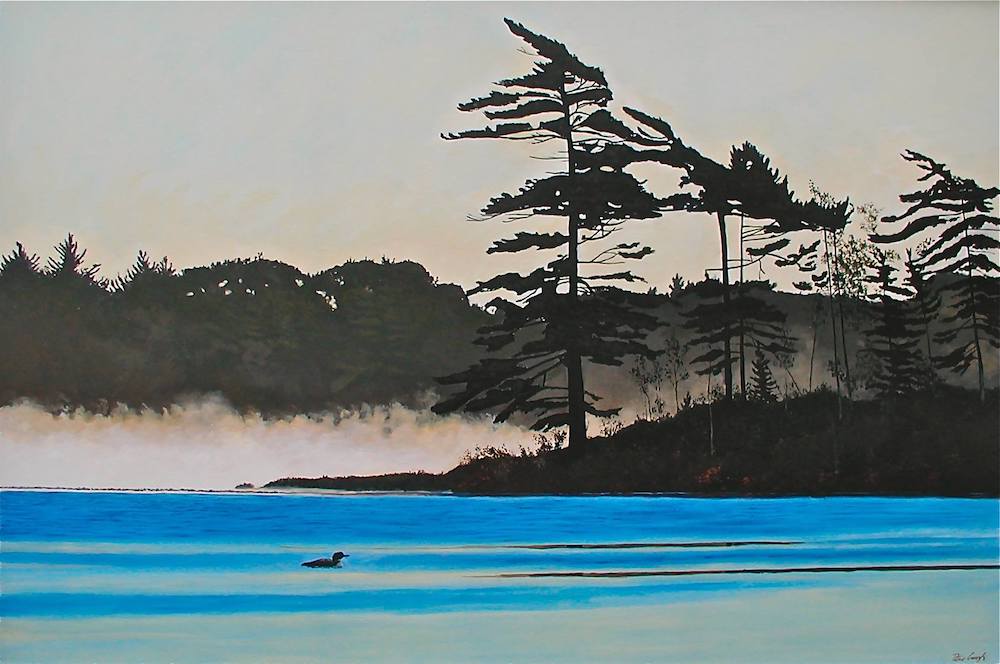 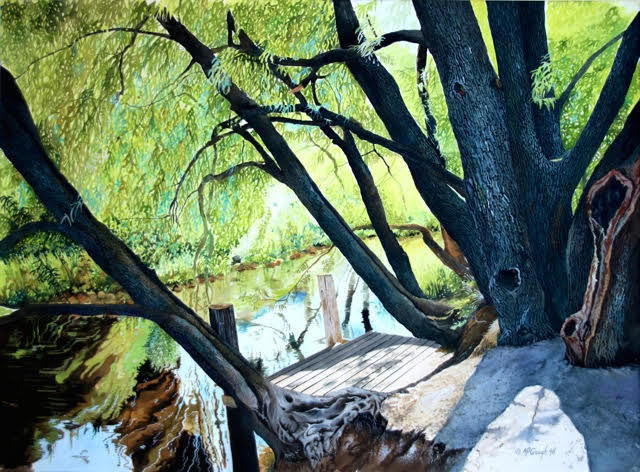 A realist painter, Gough is influenced by his rural surroundings and is constantly aware of the challenges it faces by urban progress. Firmly rooted in the physical reality of the places he chooses, at a moment in time, his paintings are imbued with a luminosity that transcends realism. His paintings can be seen at 14 Bells Fine Art Gallery in the Hydrostone Market.
Born in Nova Scotia in 1947. Peter’s home and studio is on the south shore of Nova Scotia. He began his art education at the NS College of Art and Design, having received a scholarship in 1969. Three years later, he attended Andrews University in Michigan, and continued his fine art education under the influence of sculpture Allan Collins, who designed the Kennedy Memorial at Runnymede. Gough has exhibited in the United States, Scotland, England and Canada. He is represented in galleries across Canada and the US. His works are in many private, corporate and public collections throughout Europe, the United States and Canada. One of his paintings was presented to his Royal Highness, Prince Phillip, Duke of Edinburgh on his royal tour to Canada in 1997. In 1992 Peter was awarded the Canada 125 medal for the creation of the Canada 125 logo.